Dr Stephen Reddel, of the MAA Medical Advisory Board, has flagged the need for anybody who has previously had or currently has a thymoma to take extra care protecting against exposure to COVID 19 as they may be more seriously affected. The following relevant article is technical but included here – https://science.sciencemag.org/content/early/2020/09/23/science.abd4585.
For further information please contact Susan on 1800 802 568. 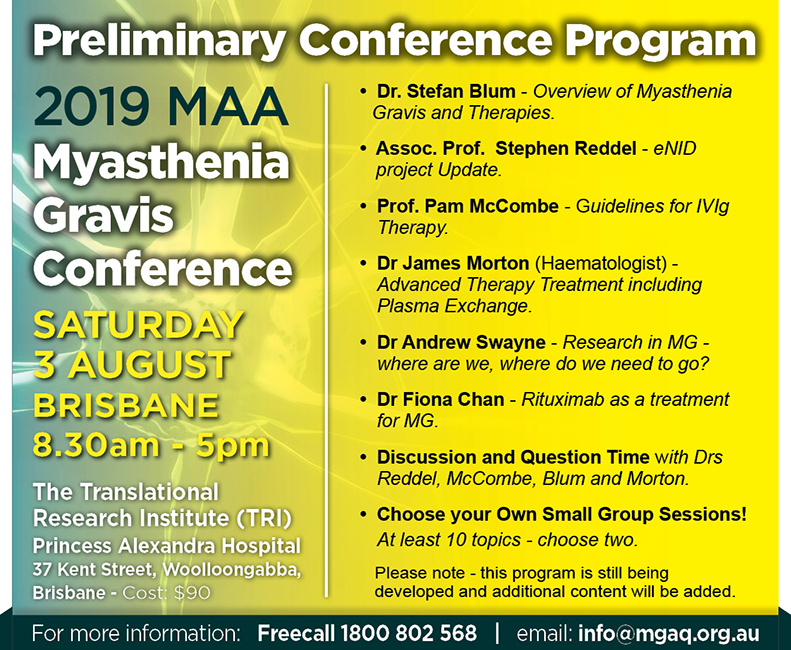 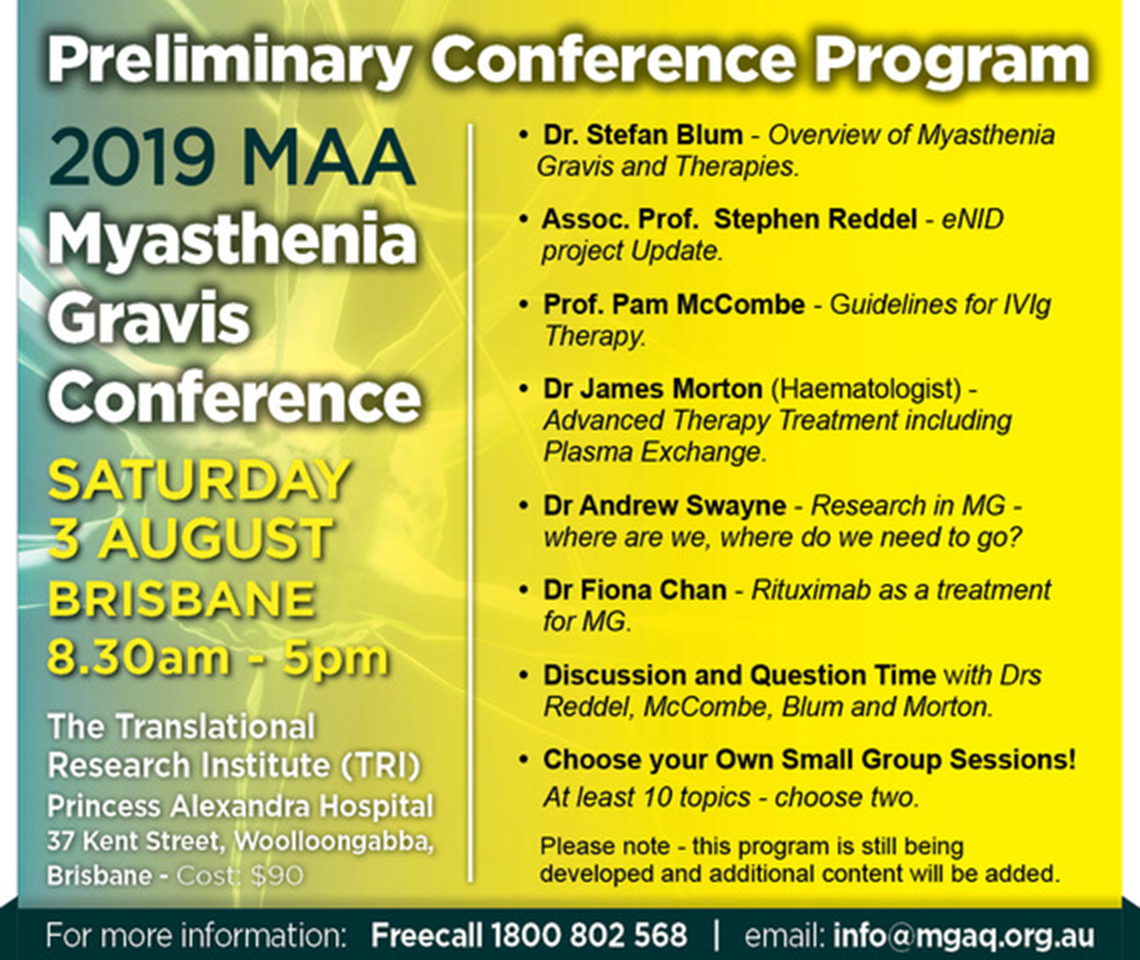 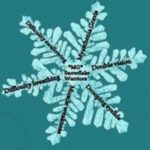 Come along to our Autumn meeting .. first Saturday in March.  Learn more about MG, pick up tips on how to live with it, and make new friends.

The Myasthenia Gravis Associations of Australia have come together under a National Myasthenia Alliance to enhance the support already offered to Australians suffering from the neurological auto-immune conditions categorised under the term ‘Myasthenia’.

The Alliance Committee have been meeting at least once a month for the majority of this year and working diligently for its supporters between times. Current projects include planning for a conference in 2019. We are working with Dr Blum to create a Brisbane conference mid 2019. Dr Blum is also chairperson of the newly formed Medical Advisory Group available to the Alliance committee for advice on Myasthenia related issues. We thank him for his particular interest in the work of the Alliance. He is keenly supported by Dr Reddel, Dr Buzzard and Dr Harris. The committee are now represented on the eNID Project Working Group. The project is progressing and more information will soon follow. Feedback on our work can be made by contacting the State Associations in Queensland and in New South Wales.

A questionnaire was made available regarding access to this treatment option. Many people responded and the shared information was diverse. Many people have not been offered this treatment. For some, it has been discussed but it has not been a viable choice for varying reasons. For others, this treatment has been used and for most it has been provided by a major hospital for no or little cost to the patient. There are a number of people who have chosen this treatment but have paid ALL or at least part of the cost themselves. Sums, up to the value of $16,000.00 p.a. have been reported. Private Health Funds seem to be providing varying levels of assistance – usually above the policy requirements. An introductory letter has been sent to Minister Hunt to discuss this varying availability. Currently, the plan is to submit a more formal letter to Minister Hunt prior to the end of the year. Additional supporting information continues to be sourced. Whilst it is hoped that this matter can be successfully raised with the Minister, any resultant outcomes are quite unknown.

An unfortunate media release occurred in July this year. In discussing the Sexually Transmitted Infection, Mycoplasma genitalium (Mgen), a reference was made to this condition using the acronym MG. This is not the standard abbreviation used for this condition but unfortunately it was picked up by the journalists as a good headline. The article was shared with multiple media outlets and came to our attention via concerned members. Many letters have been sent from the Alliance highlighting the difficulties which may result from confusing the conditions. Whilst controlling the use of acronyms is not an achievable objective, discussing ways to strengthen the use of the acronym Mgen for Mycoplasma genitalium became our gaol. Contact has been made with clinical researchers, major Australian Universities, Australian Sexual Health and Public Health organisations, the International Journal of Epidemiology and with sister organisations around the world including the MGFA in USA and Myaware in the UK. Overall, the response has been very supportive particularly from fellow Australians. Our sincere thanks is expressed to these Organisations and Individuals who are now aware of Myasthenia Gravis and have offered their support in maintaining clarity between the two conditions.

We have updated many of the reference links in our website, start from https://www.myasthenia.org.au/background/what-is-it/

Every year, we invite members and visitors to join us at our Association meetings.  We meet once every three months – in March, June, September and December.

The December meeting is usually our Christmas Lunch and will start at 12.00 pm at Palm Court Bistro, Ryde Eastwood Leagues Club. If you wish to attend please email info@myasthenia.org.au with your name and how many will be in your party.

All myasthenics and their supporters are welcome.